For other uses, see VOCALOID.

Tohoku Zunko (東北ずん子) is a Japanese VOICEROID+ voicebank by AH-Software Co. Ltd. in collaboration with SSS LLC.. She is capable of speaking and singing (as a VOCALOID only). She was released September 28th, 2012. Her software was later upgraded to VOICEROID+ EX on October 30th, 2014.

On November 22nd, 2019, in a VOICEROID 10th Anniversary livestream, AH-Software announced an English version of VOICEROID, and revealed Zunko as the first English voice. Zunko's twitter confirmed on the same day that it would be a crowdfunded project.[1][2]

She was originally created to help promote the recovery of the Tohoku region, which was the region devastated on March 11, 2011, by a major earthquake and tsunami. Her character design is based on a zundamochi, a Tōhoku specialty, which is a traditional sweet made of green soybean paste.

Her character birthday is October 27.

She can also be purchased with the Movie Pro MX software.[3]

Compared to previous VOICEROID+ software, Zunko is much improved with upgrades on the UI. The ability to adjust strength of intonation has been added, as well as the ability to insert pauses directly into the tuning screen. Users can also directly use ruby pronunciation markers in the text. It also reads text up to 4x fast and can output 22.1kHz sample-rate audio files.[4]

A fundraising campaign was in effect with the goal of creating a VOCALOID voicebank for Zunko if the required funds (¥5,000,000) were met by July 20th. [5] Since then, the campaign was successful and her VOCALOID was released in June 2014.

On November 22nd, 2019, an English version of VOICEROID was announced by AH-Software, with Zunko being the first announced voice that would be funded via a new crowdfunding campaign. On March 26th, 2020, Zunko's twitter announced that the beginning of the campaign was delayed due to Zunko's English voice provider having too busy of a schedule to work around, as well as the COVID-19 pandemic making scheduling difficult. [6]

Zunko has a basic terms of use policy. After registering with the owners, Tōhoku region based companies can use her for advertisements and doujin works.

She has had several polyester straps made for her manufactured by the company S･O･F･T.

There has been a Android smartphone widget created for Zunko. The widget is simply training a chibi Zunko in her archery skills, gaining experience points to earn new levels where, on a certain level players can unlock wallpapers for their phone. After a certain amount of training Zunko will grow tired, and players have the option to replenish her energy by giving her a break and her energy goes back to normal over time, or they can prepare and give her Zunda Mochi to heal her. It is available in the Android Marketplace but only in Japanese.[7]

An iOS app is currently under development for Zunko. The game is set to be released around the end of October and will be completely free of charge.[8]

Tohoku Zunko
Zunko's voice was designed to have a warm feeling to it. 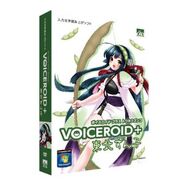 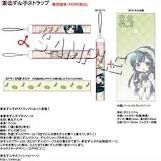