Edit
watch 01:36
We're Getting Mutants in the MCU - The Loop
Do you like this video?
Play Sound

Yuzuki Yukari (結月ゆかり) is a Japanese VOICEROID+ voicebank by AH-Software Co. Ltd. in collaboration with Vocalomakets. She is capable of speaking and singing (as a VOCALOID only). She was released December 22nd, 2011. Her software was later upgraded to VOICEROID+ EX on October 30th, 2014, and VOICEROID2 on June 9th, 2017. She received a CeVIO AI voicebank released on January 29th, 2021. On February 16th, 2021, it was announced that she would be receiving an A.I.VOICE bank scheduled for release later in the year.[1]

The concept for Yukari is "She unites you all with her voice" (VOCALOIDに縁のある人達が音（月）を結ぶ).

The kanji for Yukari's last name, Yuzuki (結月), is comprised of "musubu" (結ぶ) and "tsuki" (月). "Musubu" means "to tie," "bind," or "link," referring to her theme of uniting people with her voice. "Tsuki" means "moon," referring to her concept.

Yukari has purple eyes and lavender hair tied into two low pigtails - while the pigtails are long in length and reach her chest, the back of her hair is cut short. She has a pink hair accessory that glows, with the same accessory also being on either side of her hips.

She wears a sleeveless lavender tube dress that reaches her thighs. Over that, she wears a dark jacket with pink accents - the jacket is rabbit themed, as seen by the hoodie branching off into two long rabbit ears. She also wears lavender thigh high socks, the same color as her dress, and black flat shoes.

She was also made capable to be bought with many different software bundles, including both her VOICEROID and VOCALOID versions and the software suite Music Maker MX.[3]

In 2012, merchandise for both Yukari and another AH-Software product, the VOCALOID SF-A2 miki, were put up for sale. The merchandise included straps, mugs, and T-shirts manufactured by the company COSPA.[4]

Yukari appeared in the Social RPG "Hack Doll - Nightmare Sequencer" (ハックドール-Nightmare Sequencer-) by Mobage. The game is for Android phones with Yukari as an unlockable by meeting certain conditions within the game.[5]

In 2015, a promotion app was made for the new Bell phone featuring Yukari[6]. This app lets users order the food from a restaurant and buzzes when the order is done so they can come pick it up.

Yuzuki Yukari
Yuzuki Yukari is a mature female vocal and the second mature female vocal released. Her VOICEROID vocal is natural-sounding and she is capable of several expressions as she can change her tone to achieve different tones. The VOICEROID voicebank in conjunction with her VOCALOID voicebank and her eXvoice package can be used to achieve a level of expression not capable of any single VOICEROID or VOCALOID.

She is capable of several expressions early VOICEROIDs did not have. 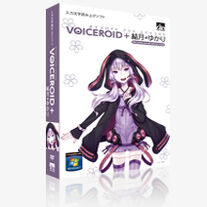 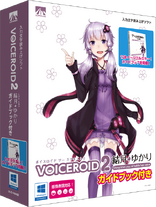 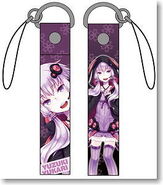 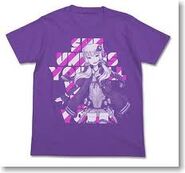 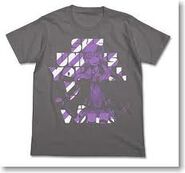